In February 2012 I headed up to London to help my good friend Ryan Mackfall shoot Mastodon, at their sold out headline show at Brixton Academy.

Ryan had enlisted my help as part of his crew, and I brought with me a Hague Multi Jib K12, something I had used on several music shoots already, achieving great results – I operated the jib behind Mastodons drummer, Brann Dailor for the entire set.

Initially, two of the videos that were produced were released by the band officially on YouTube, but the entire set was captured and has since had a full release via iTunes. You can view the trailer for the concert at the top of this page, and buy ‘Mastodon – Live at Brixton Academy’ here. 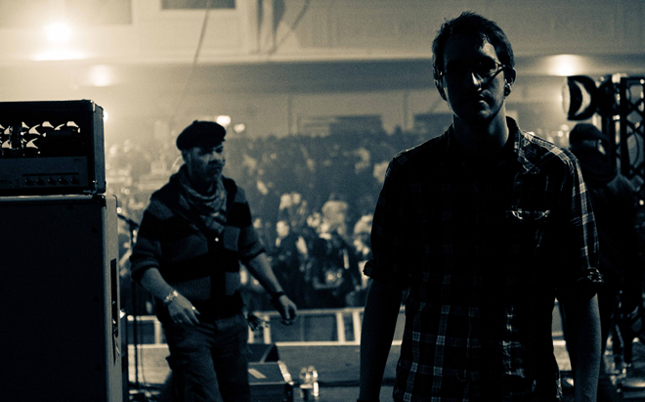 Me, stage side directly after the show

Multi-camera live show capture is something I’ve grown to really enjoy. Having started out filming smaller shows in Cornwall as I was gaining experience; I’ve since worked on some of the biggest festival stages in the UK when working as a camera operator at Download Festival and Hard Rock Calling. 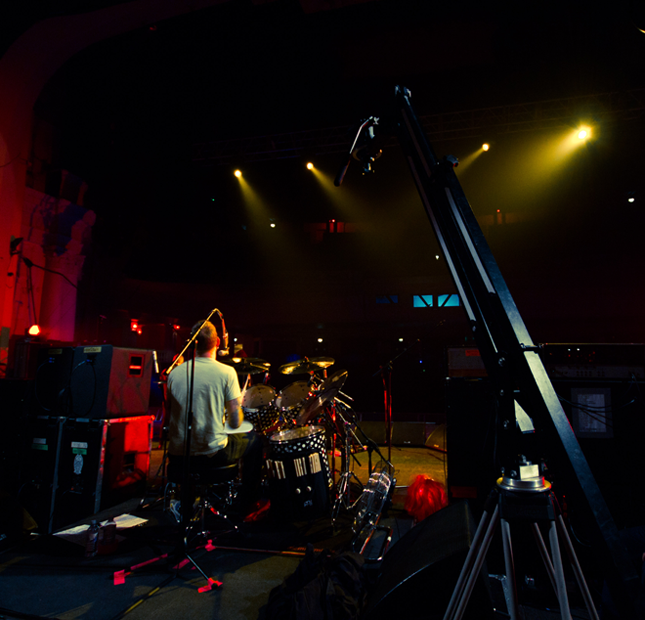 Working with Ryan and his team (Crashburn Media) is always great fun, and Ryan is a great director. He has a run and gun approach that might scare some people, but his results speak for themselves and there’s something about the freedom that this type of shooting allows that always seems to bring out my best work. 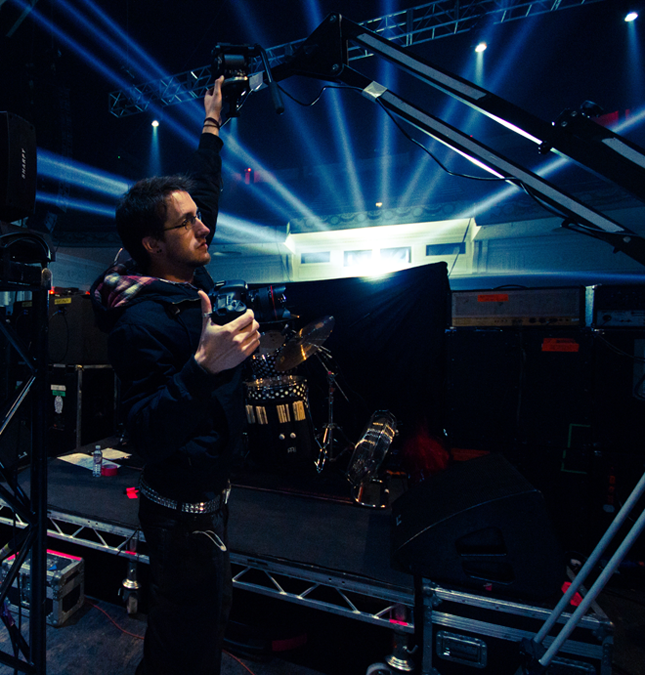 Setting up the Hague Jib prior to the show

The rigging of the show can be one of my favourite parts, and there’s always something satisfying about knowing you’ve got a great shot. It allows you to relax and then tackle the shoot with more confidence. On this occasion we were there with plenty of time to spare for the rig, and I was actually setting up the jib ready for the show whilst Brann was sound checking his drums. I actually play drums myself in a band in Cornwall (Nervosa) and have been a fan of Mastodon for years, so this was a added bonus for me! 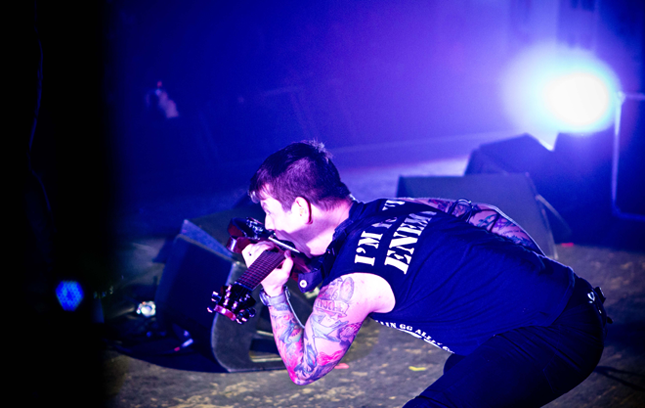 When I’m not shooting video, I actually also love photography! I think these days video and photography quite often go hand in hand – and as I’m a huge fan of Mastodon and the Dillinger Escape Plan, I decided to shoot some pictures from the side of the stage as they burned through their support slot. It’s rare to see a band with this much energy on stage these days… and although these guys are becoming veterans of the industry, it doesn’t slow them down a bit! 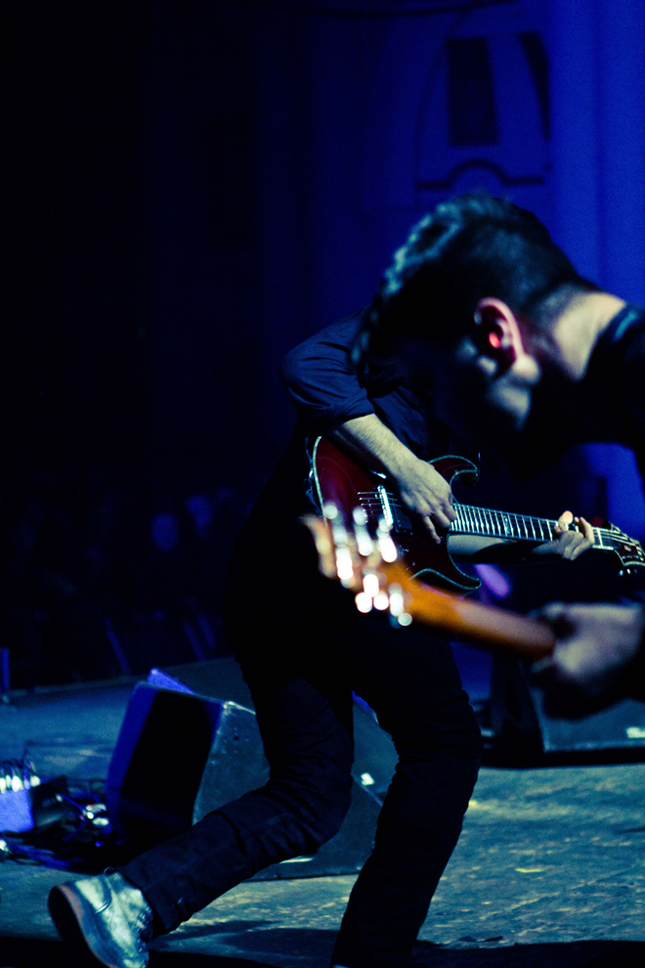 Brixton Academy is one of my favourite venues to work in, when shooting live music. There’s something about the atmosphere in there and the buzz you get from the crowd that make shooting video and photographs super enjoyable. I’ve been to many shows at Brixton, but working on the stage side of the barrier is always the best as you get a perspective of the crowd and the band that you could just never get anywhere else. 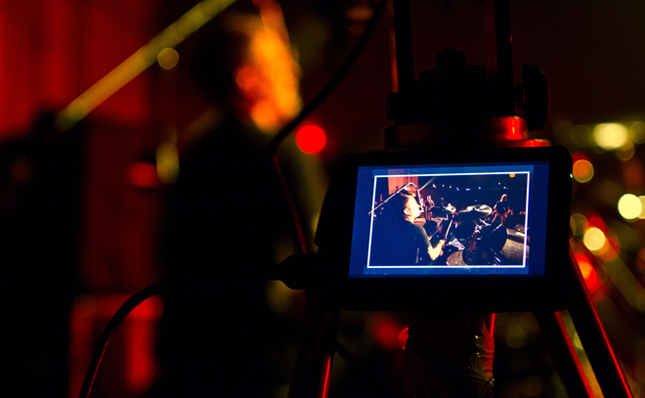 Checking my shot on a Sony HD Monitor

I set up a live monitor on the Hague jib in order to see what the camera was shooting at all times. With mini jib set-ups I know a lot of camera ops that wouldn’t necessarily think this was important, but in terms of composition I think it’s a must have piece of kit. Just to be able to keep an eye on your framing is important, and although the monitor I was using was very basic, and didn’t have features like waveform or vectorscopes, it was still possible to keep an eye on the overall exposure of the shot as well. 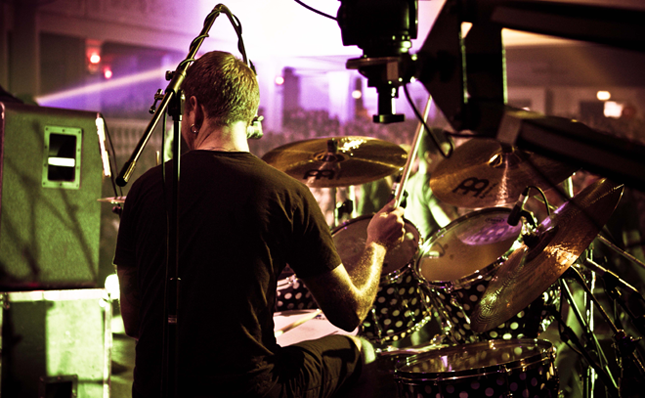 The primary camera type on this production was Canon DSLRs, mainly due to their size and the high level of quality that can be achieved from the HD video settings in camera. Obviously using this type of set up doesn’t allow for a live feed from all cameras to be sent to the director, but it does allow the camera ops a huge amount of freedom, and the chance to get into positions that just wouldn’t be possible using a typical broadcast set-up. 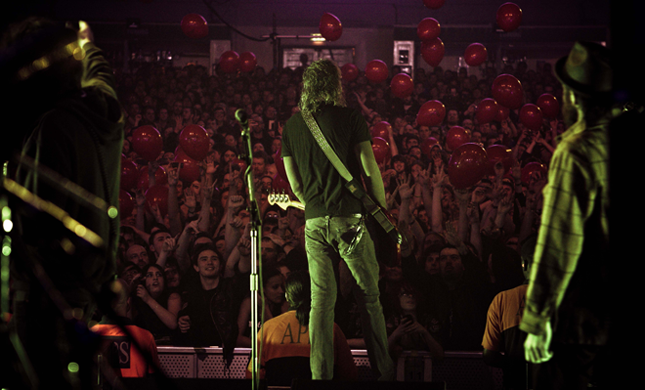 Red Balloons brought the set to a close

The show was just over 90 minutes long, but we were lucky to have an experienced DIT pro with us on the shoot. His job was to deal with the massive amounts of data collected from the memory cards throughout the show. All the footage was backed up and duplicated before leaving the venue to ensure that there was no space for error before the post production could begin. 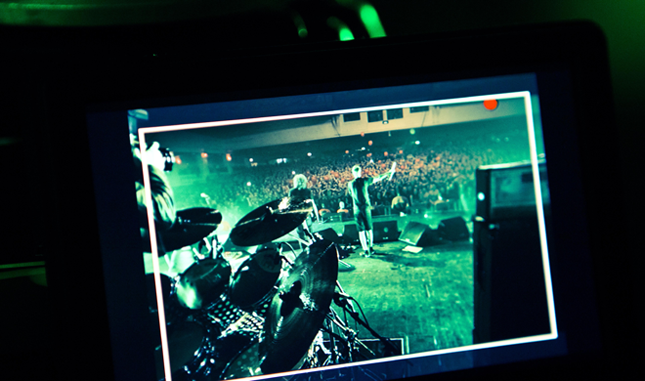 I have been lucky enough to see some great moments unfold on stage in front of me during my career, and I have no doubt that I will see many more – on this occasion the band were clearly moved and the dedication of the sell out crowd, and spent time at the front of the stage thanking them for their continued support. I love it when a band spends the time to thank the audience, after all, a show would be nothing without a crowd to keep the energy levels up, and keep pushing the band to produce great music. 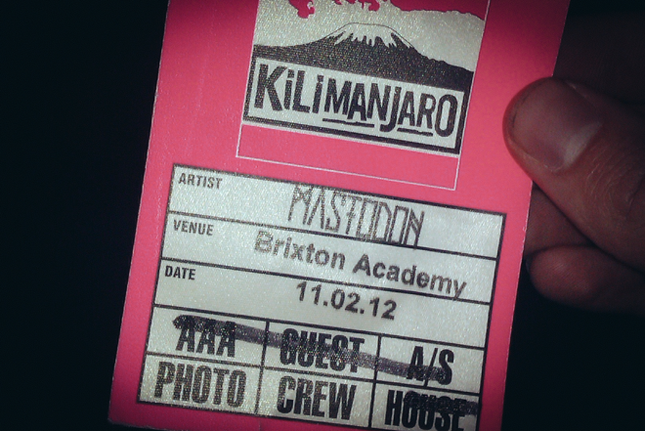 My crew pass for the show

I’m beginning to accumulate a huge amount of stage passes, and I have to admit I do keep hold of them, you never really know when you’re going to want to look back on your career. At some point I’ll probably do a blog post on some of my favourites, as there are some classics in my collection already. I’m talking Bruce Springsteen and Paul Simon in case you’re wondering… 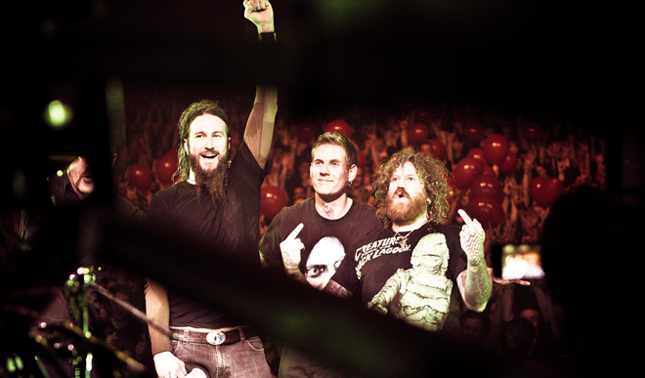 Above is a photo I was able to capture from my camera position behind the drums, just after the show came to an end. It’s not often that I get the chance to snap any pictures whilst I’m on a camera operating job, so this was a great opportunity, not least because Mastodon are one of my favourite bands.

Above you can see the finished video from the Brixton show ‘Dry Bone Valley’ taken from the album ‘The Hunter’. You can buy the full concert film on iTunes here, and you can find out more about Mastodon by following this link.

Above you can see the finished video from the Brixton show ‘All The Heavy Lifting’ taken from the album ‘The Hunter’. You can buy the full concert film on iTunes here, and you can find out more about Mastodon by following this link.